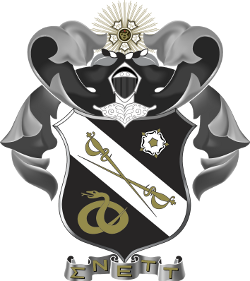 Sigma Nu was founded by three cadets at the Virginia Military Institute. The system of physical abuse and hazing of underclassmen at VMI led to James Frank Hopkins, Greenfield Quarles, and James McIlvaine Riley to form the “Legion of Honor” which soon became Sigma Nu Fraternity.

The efforts of the cadets climaxed on a moonlit October night in 1868, presumably following Bible study at the superintendent’s home, when the three met at a limestone outcropping on the edge of the VMI parade ground. Hopkins, Quarles and Riley clasped hands on the Bible and gave their solemn pledge to form a brotherhood.

The vows taken by these three Founders bound them together to oppose hazing at VMI and encouraged the application of the Principle of Honor in all their relationships. That the founders should adopt Honor as a guiding principle was a natural move since a rigid code of Honor was already an established tradition of the VMI Corps of Cadets. The Honor system at VMI required each cadet to conform to the duty imposed by his conscience that each act be governed by a high sense of Honor.

Although Sigma Nu Fraternity began in October 1868 as the Legion of Honor, its existence was kept secret until the founders publicly announced their new society on the first day of January 1869, the accepted birth-date of Sigma Nu. 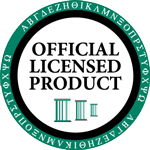